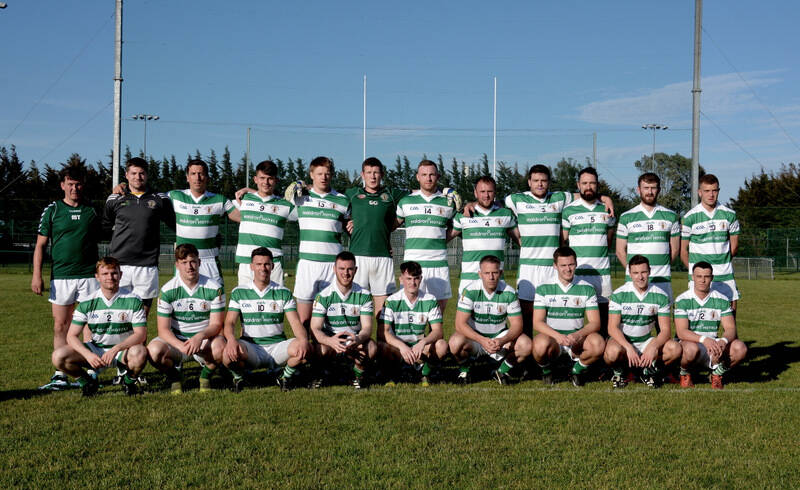 A Championship derby awaits after our Senior Footballers secured an unblemished finish to their group campaign. Victory over St Pat’s of Palmerstown made it three from three in the 2 Championship, following previous wins over Fingallians and Fingal Ravens. Sunday’s draw has pitted Towers against near neighbours St Mary’s of Saggart.

Goals from Eric Finn and Micheál Walsh either half helped cushion Towers to their third straight win in the competition against a resilient St Pat’s side. Just two points separated the sides on the 23 minute mark when Finn netted, with Towers leading 7-5. The goa came from a Jay Joyce field in the middle and he struck a fine inside ball to Mick Hallows. Finn overlapped and when released by Hallows carried inside before sidefooting past the keeper. Earlier in the half Finn had raised the arm of the umpire along with Walsh, Ian Ward and James Kelly. Ward struck from long range and Darren Gilligan slotted with his right to give us a 1-10 v 0-7 advantage at the break.

Mick Hallows stretched the advantage within a minute of the restart and St Pat’s struck two on the bounce. Adam Doyle then fisted a score after an excellent win by Conor Flannery in the middle. Walsh kicked an outstanding point from the right when under pressure, with it arriving courtesy of a superb win in the fullback line by Derek Murray. St Pat’s rallied and narrowed the gap to four points. But with four remaining Walsh struck a decisive second goal. Craig Shaaban fielded a kickout and delivered a precise pass to Walsh in the inside forwards. He caught inside his marker and turned in an instant to strike under the advancing keeper. Thomas Galvin kicked the last of encounter to propel the boys into the last eight with three from three behind them.