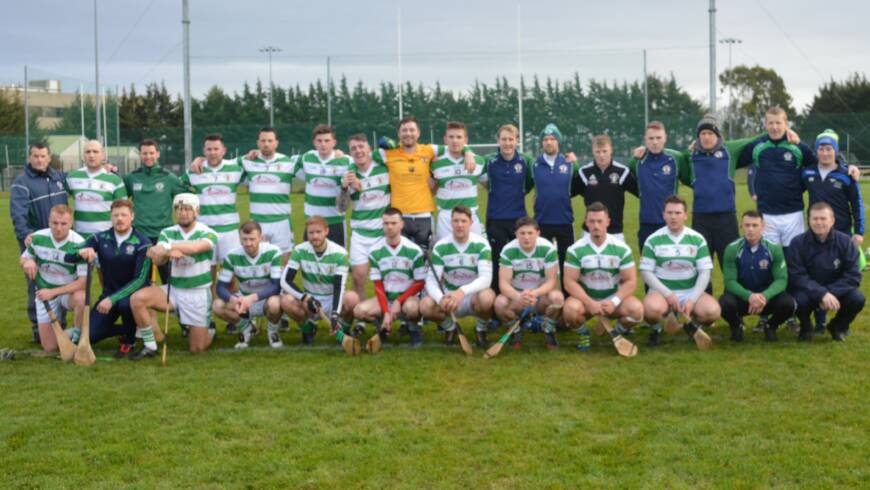 The Tweet on our Matchtracker account indicated the bitter disappointment emanating from this league final.  Won 10 from 11 league games, only losing to Erin’s Isle with last puck which cost us a league title on head to head. In the 130 minutes or so of both play off games they were behind for only 1 second. You have to feel for the lads. Heartbreaking.

This was a very bitter defeat to swallow. Our fate boiled down to the very last strike of a league season that officially commenced in March. Towers had to haul themselves back into the game following on from a resilient fightback by Scoil in the second period. Having led by 0-7 v 0-3 at the break, Scoil struck five points during the opening 18 minutes of the second half. The solitary reply provided during that period came courtesy of an Alex Darbey free on the ten minute mark, after Luke Currivan had flicked a pass to substitute Paidi Stapleton and he was pushed to the ground. With the game entering the final ten minutes Towers regained some of the momentum they’d enjoyed the first half. Stapleton and Eoin Walsh combined, with the latter being fouled as he was about to strike. Darbey edged us 9-8 clear. Scoil responded, with a midfielder equalising. Towers attacked again and a late challenge on Luke Currivan saw Darbey edge us clear with five minutes remaining. Darbey was then fouled after Jack Whelan and Podge McGeever had combined in defence but his strike from a tight angle dropped short. But in a game of the narrowest of margins, Brian McLaughlin looked to have edged the tie for us with a minute of normal time remaining. Stapleton did well to win in the inside forwards and Eric Finn flicked to McLaughlin and he drove over. But disappointingly there was a real sting in the tale. Scoil won a free 30 metres out and the low-driven strike evaded the Towers defenders on the line. The feeling was time was still to play but the referee differed. The whistle sounded instantly, with Scoil players and supporters delirious in realisation they’d gained senior hurling status.

Towers will feel they’d established a platform the opening half to drive on to achieve such status. Three goal chances were denied through last-man blocks by the visiting defenders. Eric Finn was tormenting them. Darbey registered the first score after three minutes, seizing onto a long-drive inside from Jack Whelan, with Gary Quilivan having been resolute in defending. Whelan angled a free to the left corner, where Finn picked and broke inside at pace to then drive over. We were three to the good on the sixth minute but it could have been five. Whelan again angled to Finn and he sped towards goal. His strike was deflected wide by the keeper and Darby pointed the 65. Scoil dug deep and brought themselves level with three successive points. Towers rallied again. Walsh was fouled on the 40 to enable Darbey point the place ball. Finn again tormented and bore down on goal. It was a retreating defender who on this occasion deflected for a 65, with Darbey again doing the honours. Towers full-back line was proving tenacious but disciplined in their tackling, and were well shielded by our half-backs. On the 22nd minute mark another goal chance was denied. This time Eoghan Young was the provider and Finn again broke inside from the left. His drive brought an outstanding save, with the keeper tipping it over. Another Darby free stretched the advantage to 0-7 v 0-3. The tenacity of Towers defending was evident with Scoil hitting three wides in a row before the break. A great tussle, played in the best spirit, disappointingly boiled down to the finest of margins.