Camógs March On to County Final 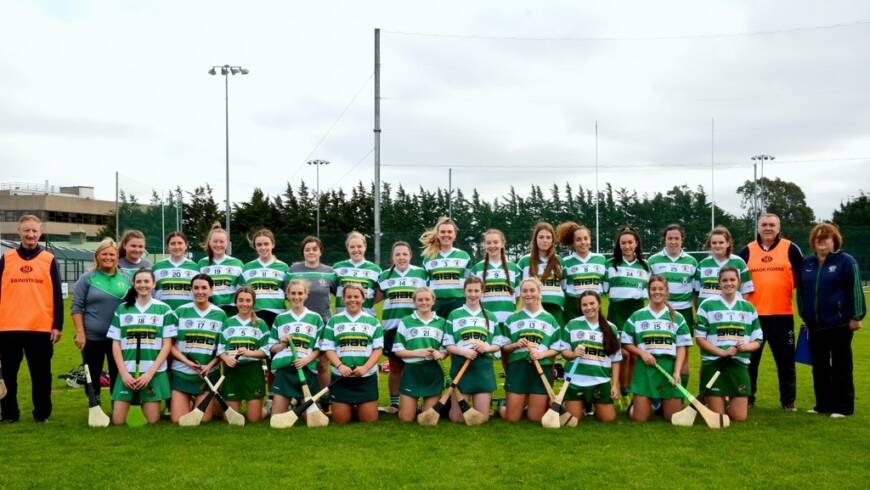 Our adult camogie team have a Junior 4 final to look forward to for the second time in 3 years after a convincing 4-20 – 2-04 win over Ballyboden St Endas last Sunday morning in Monastery Road, writes Aaron Douglas.

The perfect weather matched the performance from the girls as right from the throw in it was Towers who started the brighter with a well taken point from wing forward Kate Whelan on the 45 yard line followed by a goal from captain Zoe Barnwell 30 seconds later as the scoreboard read 1-01 – 0-00 with only two minutes gone. This momentum from the forward line transformed its way back down the pitch to the defenders who were working tirelessly to deny certain goals in the first quarter of the match.

The midfielders were also putting in a great shift with Megan Hoyte making a heroic series of block downs once again denying scores and leading a string of passes between Holly Gregg and Anna Kiely, eventually setting up Emma O’Malley for her first score of the game. Right at the water break the Ballyboden keeper pulled off the first of two great saves that she made during the game to keep the scoreline 1-04 0-00.

The second quarter, it was the visitors who got the first score and Barnwell answered with a goal and a point of her own straight after. Bodens, needing a score, found two unanswered goals in as many minutes to make the game a contest again. Manager Brian Douglas later confessed that these goals were almost the defining moment of the semi final as it gave Towers the kick they needed to drive on and kill the game before halftime. The management got their wish, as Towers cancelled out the two goals conceded with Barnwell getting her hat trick and Whelan adding a goal to her flurry of points scored earlier. Half Time score 4-06 – 2-01.

After the break, the hosts started the second as they finished the first with Hoyte and wing forward Lucy Cullen both scoring a point identical to each other on the right hand side past the 45 yard line. The next 10 minutes, Towers showed their dominance with six excellent unanswered points coming from all over the pitch with wing back Holly Gregg also getting her name on the scoreboard.  The last 15 minutes were another scoring quarter for Towers as Barnwell hit 5 of the last 6 points making the scoreboard 4-20 –  2-04 at the final whistle.

The management team were extremely pleased with the performance with Douglas highlighting the 14 points that were scored in the second half. The girls are now preparing for their county final on October 4th against either St Annes or Faughs. Best of luck to all the team and management.