Under 8’s participate in Gormanstown Tournament 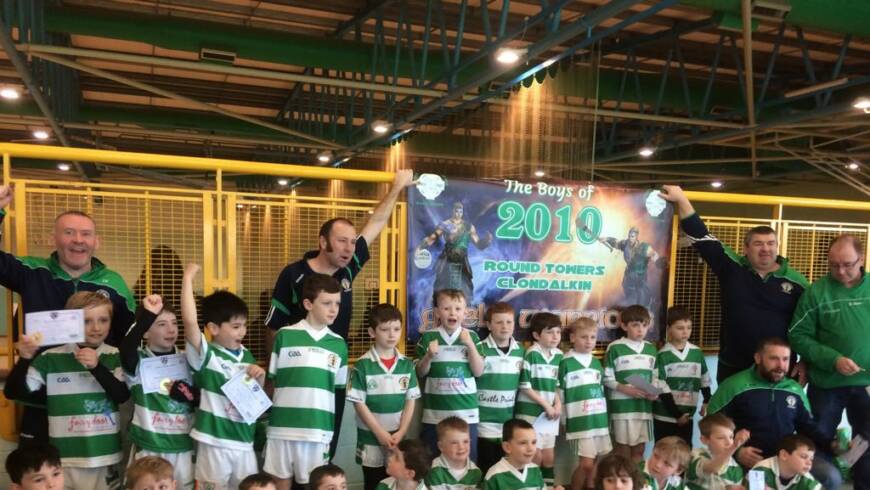 Round Tower under 8 boys finished off their participation in the Gormanstown Tournament on Sunday the 25th of February. The boys have been taking part in this indoor hurling tournament for the last 6 Sundays and it’s been a resounding success. From the very first Sunday they have played very well as a team and their skills have improved by the week. For some of our newer players it’s been their first experience of playing matches and they’ve all done very well and been a great addition to the team. As it was the last Sunday of the tournament and Dublin were playing the All Ireland champions Galway, a bus was got for the day so the boys could go to Parnell Park after their match. This gave everyone on the team a chance to see the top players in the country in action .While Dublin didn’t get the result they wanted they were in the game until the very end and the future under Pat Gilroy looks bright. A highlight of the day for our players was the opportunity to take part in a puck around at half time on the pitch .As the lads are told that the “more they practice the better they’ll get “ it was encouraging to see this happening.

A big thank you to all our parents who took the players out to Gormanstown for the last 6 weeks. We’d also like to say a big thank you  to Boom Edam and it’s MD John Le Gear for their kind sponsorship of the tops for both players and coaches at the start of the season. 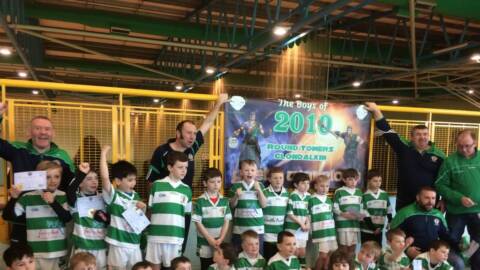 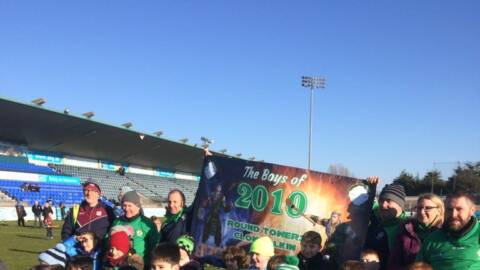 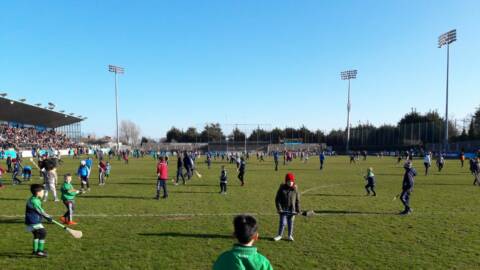