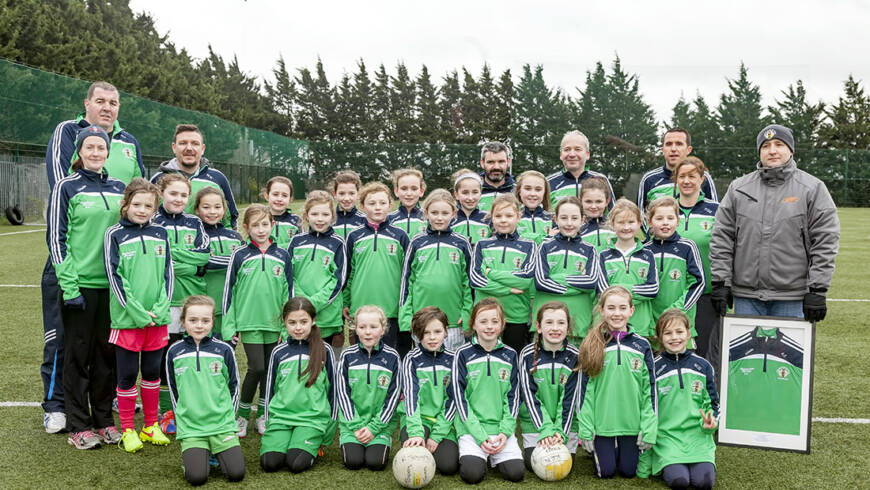 It was an away fixture for Towers and Beann Eadair as both squads travelled to Clontarf to Scoil Ui Chonaill’s ground on the Coast Road.

It was the girls first match after their Christmas break and their first one as under 11’s. New year means a new motto “Stand Tall”, win the first ball or compete for every other.

There was no rustiness from the girls who got back into the swing of the game fairly fast, especially now that the pitches are longer and wider.

There was some sweet point scoring from Chloe Geraghty and Eve O’Connor – both had good matches.

Aisling McGrattan and Michelle Kennedy battled hard for Towers, winning plenty of first time ball – something they’ve been working hard on in training.

Kendra, Saoirse, Leah, Ciara, Kim and Rebecca played really good football, even though the conditions on the day were very wet and mucky.

Muirinn Ward kicked some great points while Ella Dermody had very little to do between the posts.
Shonagh Byrne and Sadhbh Keane, who’re having a good run with the Towers under 10’s, continued their good performances by playing up with the under 11’s today.

Every single girl Stood Tall and fought for every ball – here’s to a great Spring league campaign.

The Under 11’s train on a Tuesday and Thursday evening, for more information contact Ken Byrne on 087 998 3484